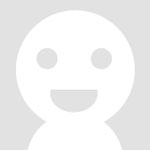 Luckily, the hotel we have chosen was right next to the Shinjuku station.  After giving up the possibility of going underground all the way and avoiding the rain, we managed to find the hotel just fine.  The first priority after settling down, of course, is to find our first stop at Tokyo -- 麵屋武藏.
The first proper meal in Shinjuku A very tasty egg
It was at this ramen shop where my locust friend and I faced our first real challenge in Japan.  The smell of ramen was very tempting, but... neither of us could read Japanese.  It's fine when they have Chinese characters which we could guess the meaning to some degree.  Unfortunately, that wasn't the case here.

At  麵屋武藏 there was this very interesting ticketing machine, which you put coins and bills in it and choose what  you want to eat.  You then give the ticket to the chef in behind the counter and they'll make you the ramen.  And we didn't have a clue what that load of Japanese was about.

As a result, we decided to just choose the most expensive ramen of the two series (see, in the photo, there is a red row and a yellow row.  We chose the right-most button of the two rows).  I'd be glad if somebody with more knowledge of Japanese would enlighten us on what we had chosen.  In any case, we settled down and waited for our ramen.

It turned out that one of the two colours meant "mixed" ramen (i.e. soup on the side) and the other one was normal ramen in soup.

The ramen was slightly underdone when served (which I do prefer) and was superb after a short while.  The pork that came with the ramen was very fat and very soft.  Not the healthiest kind of pork but was marvellous.  Egg was among the best I've eaten, and was cooked just right.  The attached photos says it much better than I can.

In a cold, rainy evening and just after a whole day of travelling, there couldn't have been a better option for dinner other than this hot, tasty ramen (and it was close to the hotel as well!).  Now although it's likely that I would never revisit this shop, as I guess I'd be better off trying other places, this is definitely a shop which I would recommend to my friends.
每人消費: 約1300日圓
評分: 味道4   服務4   環境4   衛生4   抵食4
檢舉此評論
回到頁首
A small but comfy place Tiny but clean and comfy room
That isn't much to report for this hotel, really.  The room was quite small, like most hotels in Tokyo.  The space was just enough to open the luggages and the bed just wide enough for two.